← more from
Bedroom Community
Get fresh music recommendations delivered to your inbox every Friday. 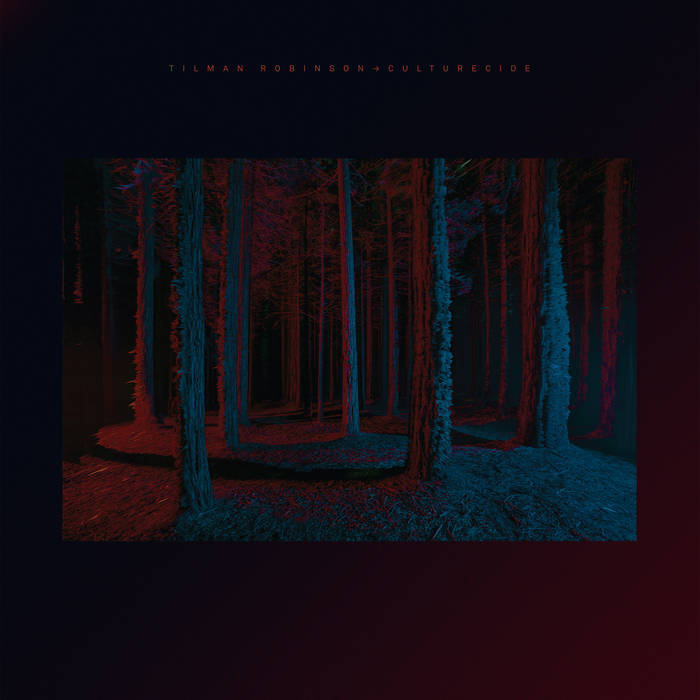 wing commander beggsie I only discovered Deer Heart last year, but it became my album of the year. Absolutely love it!
This one will take some beating to not top my list this year. ☣️Lockdown has never been so good!☣️

The opener immediately sets it apart from Deer Heart, and I love Proxy War.

Every: No: One Thing Where

Tilman Robinson’s third album, CULTURECIDE, is an investigation of the anthropocene; a seven part lamentation for our chaotic world.

CULTURECIDE: “…processes that have usually been purposely introduced that result in the decline or demise of a culture, without necessarily resulting in the physical destruction of its bearers.” (D. Stein, Routledge 2003)

CULTURECIDE is a rich sonic collage, harvesting sounds from a range sources including field recordings, medical machines that monitor the human body, traditional instruments and synthesisers, often melted electronically. The result is an unsettling paradox with sounds constantly on the edge of recognition. Each piece references a specific socio-political issue ranging from colonialism to neo-liberalism to climate change to the impending singularity of humans and machines. Far from answering these questions, CULTURECIDE invites us to meditate on their place in our life and achieve personal understanding.

Recorded and produced almost completely in Australia, a land at the forefront of the devastation of climate change, CULTURECIDE is an attempt at catharsis for its author frequently appalled at his country’s incredible apathy and inaction. Mixed by Bedroom Community regular Daniel Rejmer and mastered by Lawrence English, works from the ambitious and unsettling record saw Tilman nominated for the 2019 Melbourne Prize for Music.

Tilman Robinson is an Australian composer and sound designer creating electro-acoustic music across a range of genres including classical minimalism, improvised, experimental, electronic and ambient. Tilman’s diverse output focuses on the psychological impact of dense sound, employing acousmatic and psychoacoustic principles. His third album CULTURECIDE will be released on Iceland’s Bedroom Community label in April 2020.

Composed, produced, arranged, recorded and performed by Tilman Robinson with:

Photography by Wilk
Layout and design by Fish

Hayek's Legacy contains text from 'The Road to Serfdom (Der Weg zur Knechtschaft)' by Friedrich von Hayek (1944). The excerpt is used under the provision of Fair Dealing / Fair Use.

Thanks to all of the artists and technicians. Special thanks to Georgie, Matthias, WILK, Bernadette, Clio, Mel, Angie, Iain, Valgeir, George and Molly.

Tilman acknowledges the Wurundjeri people of the Kulin Nation as the first inhabitants and the traditional custodians of the lands where he lives, learns and works. He acknowledges Elders past, present & emerging and their ongoing connection to country. Sovereignty was never ceded.

This project has been assisted by the Australian Government through the Australia Council, its arts funding and advisory body.

Tilman is a composer, producer and sound designer based in Melbourne.

Bandcamp Daily  your guide to the world of Bandcamp